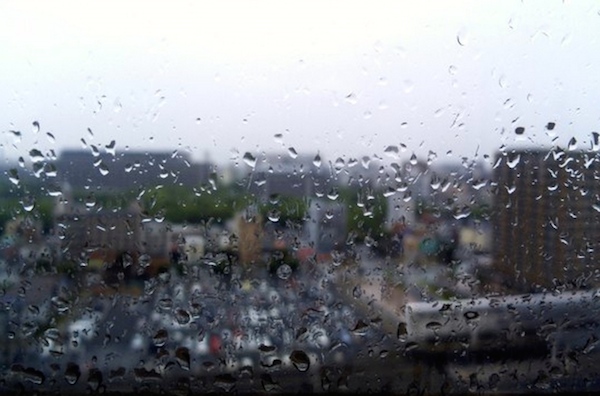 Yesterday was the summer solstice. Sun was shining even amid the rainy season, on a balmy day. The day after, today, it was raining from morning. I say to the sun, “Even though it is said that from the next day after the summer solstice the days become shorter, you don’t have to hide yourself so extremely.”

My body feels heavy, and I don’t want to do anything. My heart feels heavy.

My hungry son pesters me to go out with him to our favorite restaurant to eat French toast. Suddenly, upon hearing the words, “French toast,” my sleeping inner energy is awakened. I grabbed some cash, put on my boots and went off to the restaurant. We eat French toast with lots of maple syrup poured over it.

My son tells me that he’d like to try a yoga class next time. It’s been a while since my son and I have gone to a yoga class together. My body feels heavy, but I am somehow happy, in the rain, two people under an umbrella on their way to take a class.

As gentle music plays, I begin to slowly move my body. My heavy body gradually becomes lighter. I was unable to focus due to being worried about the alignment of my son’s postures as he practiced next to me, but during savasana, I soon relaxed and couldn’t stop yawning. Once out of the studio, it was cloudy and overcast, but my heart feels happy. A rainbow is shining in my heart.

During summer, in particular, my body tends to suffer edema during the rainy season, but I have also reversed the swelling.

I realize that yoga benefits both the heart and body.