Be Yoga teaches the ISHTA style of yoga, as created by Alan Finger, a second generation yoga master who has been practicing for more than 40 years. The word ISHTA has a two-fold definition. In Sanskrit, it means individual, suggesting the development of a personal yoga practice. ISHTA also stands for the Integrated Sciences of Hatha (the physical practice of yoga that creates balance), Tantra (the yogic philosophy that recognizes the perfection in all beings) and Ayurveda (the Indian science of healing). The ISHTA Yoga method is the foundation on which Be Yoga was created.

Alan Finger’s father, Mani Finger, was initiated into yoga by Paramhansa Yogananda, who predicted that Mani and one of his sons would both become yoga teachers. Alan spent years absorbing and later teaching the ancient techniques of Kriya Yoga, Sivananda Yoga, Laya Yoga and Tantra. Because there were so many different tools and techniques, both Alan and his father felt the need to systemise what they had learned. The result was ISHTA, the Integrated Science of Hatha, Tantra and Ayurveda. It is a system of yoga that supports each individual to find the poses, meditations and breathing techniques that work for his or her unique constitution. Alan’s passion for sharing yoga led him to the United States, first to Los Angeles where he founded Yoga Works, and then to New York City where he created Be Yoga, now part of the Yoga Works family. Be Yoga Japan was established by Kumiko Mack in 2001 with Alan’s blessing. 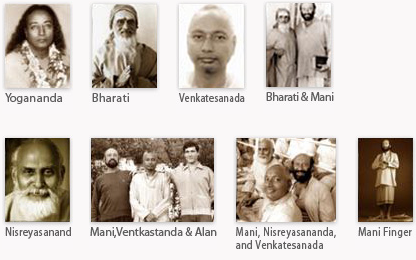